The 2nd session has now been confirmed for the Library Car Park in Southwell on 2 November 2019 starting at 0930 hrs and finishing at 1600 hrs.  The Silver Star's mobile screening facility has been confirmed for both dates.  Watch out here for any further updates. 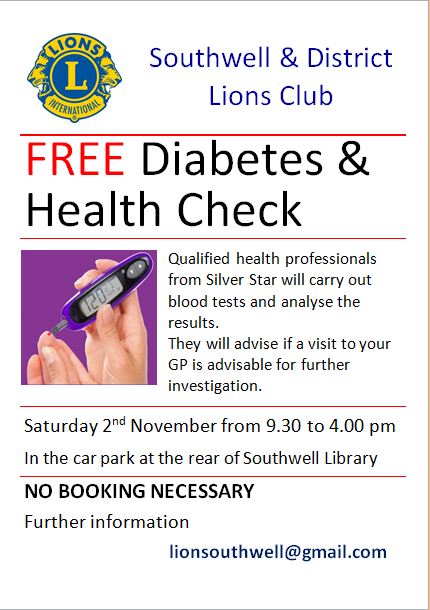 FARNSFIELD DIABETES & HELTH UPDATE​.  Diabetes is in the news, as it affects an increasing number of people. It’s one of the Lions 5 global causes where we are taking action. In the UK, it’s estimated that 1 million people are unaware that they have type 2 diabetes.

​We held a FREE screening session using Silver Star's mobile screening unit in the Car Park at the Farnsfield Cricket Club on 5 October from 09.30 to 16.30. Qualified medical personnel did a simple blood test which indicated whether or not you should consult your doctor for further tests.

48 people were tested for potential diabetes problems and given lifestyle advice based on their BMI results and questionnaire. The anonymised results are below. 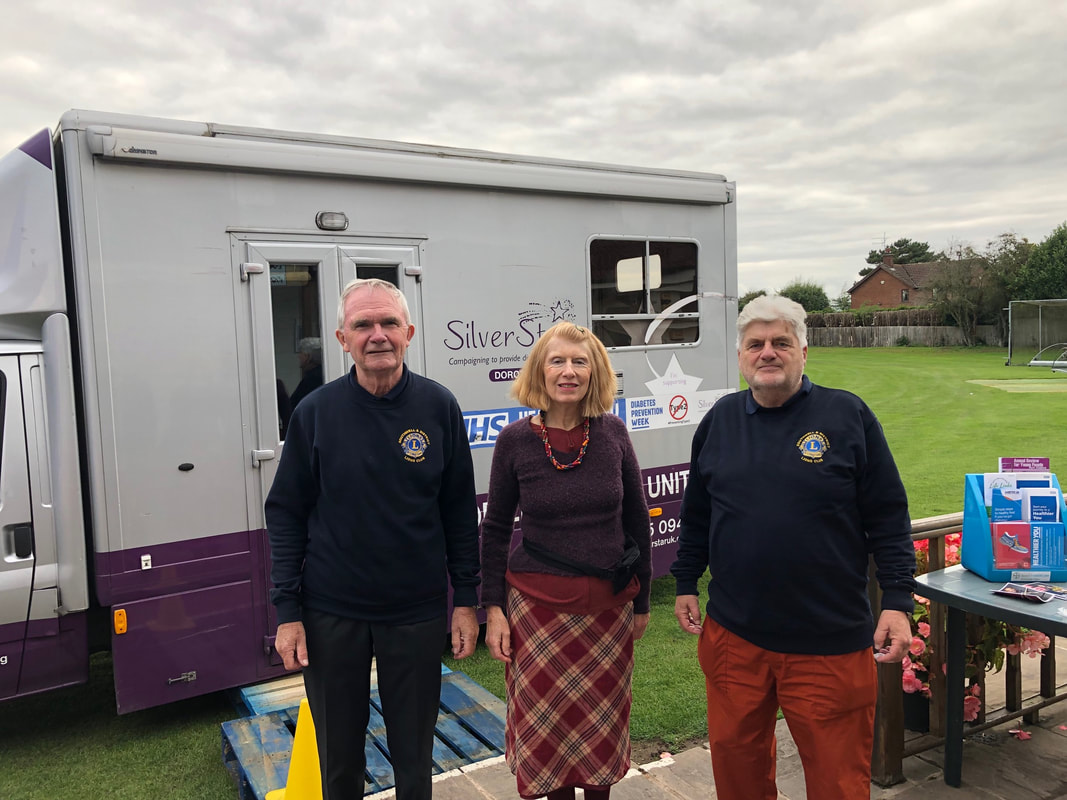